Gabriel Sterk was born on November the twenty ninth 1942, in Vleuten near Utrecht, in the heart of Holland. In 1945, the Sterk family moved into the outbuildings of the chateau de Haar which was at the time the property of Count and Countess Van Zuylen. These post-bellum years were largely devoted to re-learning how to make a living: besides running a textile shop, Gabriel’s father organized lavish productions that attracted thousands of visitors from throughout the Province to the grounds of the chateau. His mother, a ballerina of the Utrecht Ballet School, was a participant. 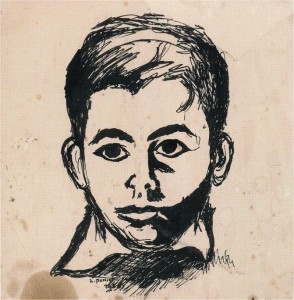 Self-portrait of the artist aged ten

The young Gabriel spent his early years in this splendid natural setting. (PHOTO: Chateau de Haar) For him, all that he saw was a source of wonderment: marble statues disposed along the walks through the park, saddle horses in the chateau stables, and secular trees imported specially from France. During the war the Germans had requisitioned the chateau, digging  deep trenches which, on their departure, left gaping scars that led to his discovery of soil, both rich and fertile….and which he enjoyed handling and molding. Deposited by the Rhine centuries ago, the quality of this clay induced young Gabriel to create some much admired miniature madonnas.

Deferring to advice from his deeply religious grandparents, Gabriel, a turbulent,   headstrong twelve-year-old was entrusted to a seminary for his education. Less impressed by a religion that imposed on each day its implacable schedule than by the company of young, female novices, or by the successful “rabbit rearing” enterprise that he established on the seminary farm, Gabriel quickly convinced his holy mentors that his vocation lay elsewhere. At the end of the year he was dismissed. The Father Superior who had seen his magnificent Indian-ink Calvary, advised Gabriel’s parents to encourage and further his talent elsewhere. This proved to be a turning point in his life, and the early confirmation of his artistic vocation.

Harrie Sterk, an uncle on his father’s side, was a recognized painter: his frescoes which hung in many churches were Gabriel’s introduction to religious art.  However, day-to-day living was difficult for uncle Harrie and presented a discouraging prospect for his future. Aged fourteen he was enrolled in a school in Utrecht, but once again his studies were interrupted, this time by his parents’ decision to emigrate to Australia. 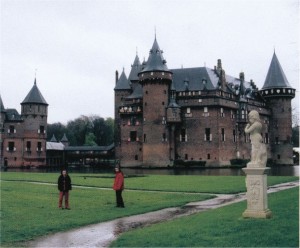 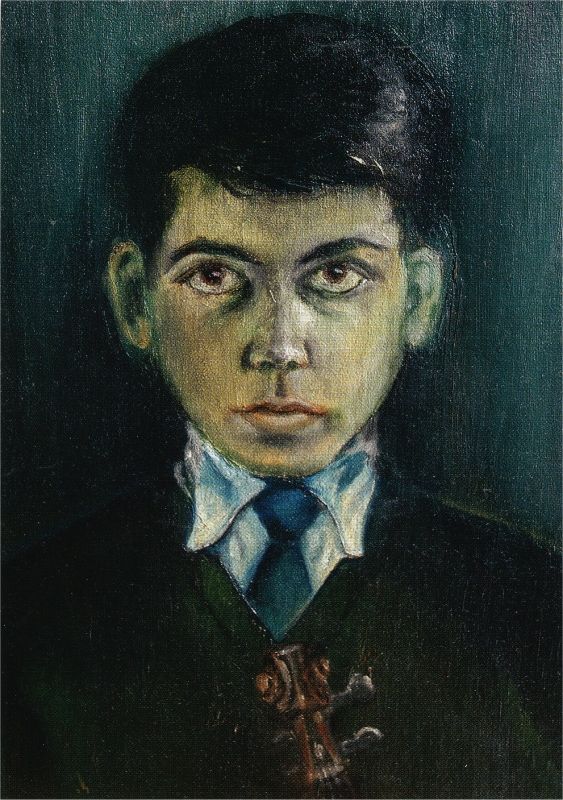 Self-portrait with violin at the age of fifteen. 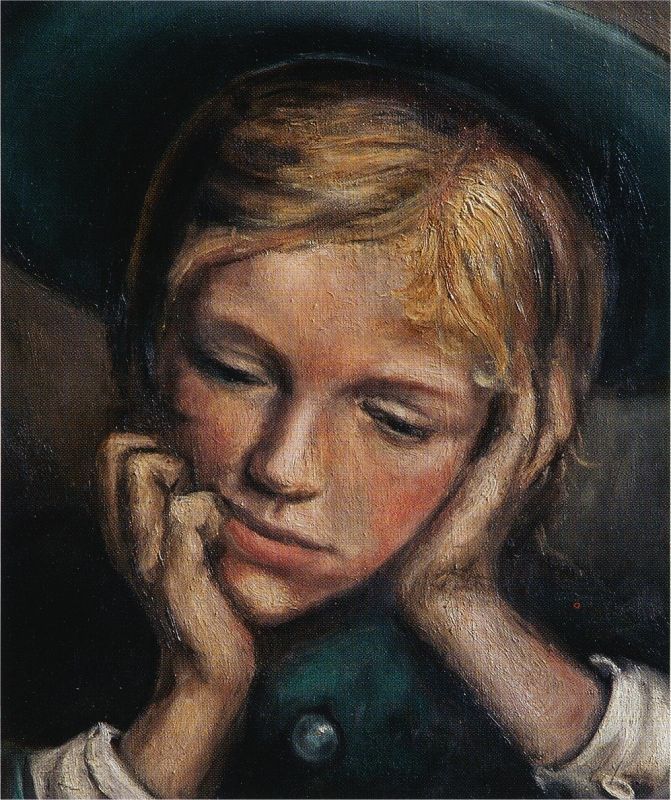 Cecile, sister of the artist, painted by Gabriel at the age of sixteen.