In 2000 Gabriel forsook the Paris region for Aix-en-Provence, where he settled in the Bastide Grimaldi, a beautiful but derelict country house, dating from the XVIIth century. He set to work once again, repairing and refurbishing the main and outbuildings, and displaying his statues in the surrounding park.

Surprised at the absence of a statue in Aix honouring its native son and most renowned artist, Cézanne, he determined to make amends in the form of a sculpture dedicated to the painter whose watercolors had intrigued him since his student days. Inspired by a famous photograph of the artist, he revealed his project to Michel Fraisset, the director of Cézanne’s studio. In support, a well-known actress, Andrea Ferréol, opened a public subscription

“Aix-en-oeuvres”. Standing in the city center, the 2.25m statue is to be presented to the city fathers at a ceremony commemorating  the centenary of the death of the “Master of Aix” in 2006.

Very much inspired by the self-portraits of his compatriot, Van Gogh, who like him, had chosen to live in Provence,  Gabriël soon set to work on a large bronze of “the Sunflower Thief”, a bronze that now stands in front of the Saint Paul de Mausole hospice in Saint Rémy de Provence, where Van Gogh was interned shortly before his death in Auvers. It stands, a moving tribute to the man who painted more than a hundred masterpieces in and around the Priory.

As he had done for Van Gogh, Gabriel admired another of his renowned compatriots, Rembrandt van Rijn, who had likewise done many self-portraits. Feeling their strong affinity, as a young man Gabriel had already completed many paintings bearing witness to Rembrandt’s influence, and at twenty five he modeled his first maquette of the master himself. Furthermore, Gabriel’s paternal grandmother who was born close by the mill in which Rembrandt had come into this world, had inherited the same family name, “Van Rijn”. Sterk family lore has maintained that the great painter himself was indisputably a distant ancestor. In Aix, Gabriel has created many bronzes including a portrait of the young Rembrandt, a maquette of the young painter at work on his own self-portrait, and a monumental statue of the ageing “Artist in studio attire”.

In his late monumental bronzes, Drowning, Saint Peter’s Nightmare, Phaeton, and particularly, in his Eternal Journey, Gabriel Sterk expresses man’s vulnerability when confronted by Nature and, above all, “by himself”. 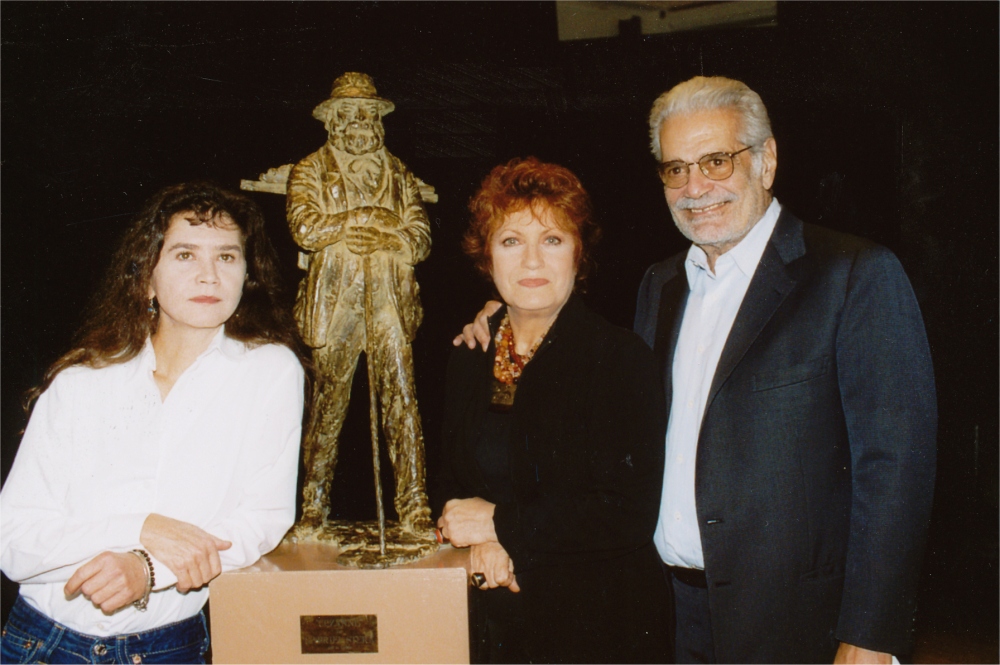 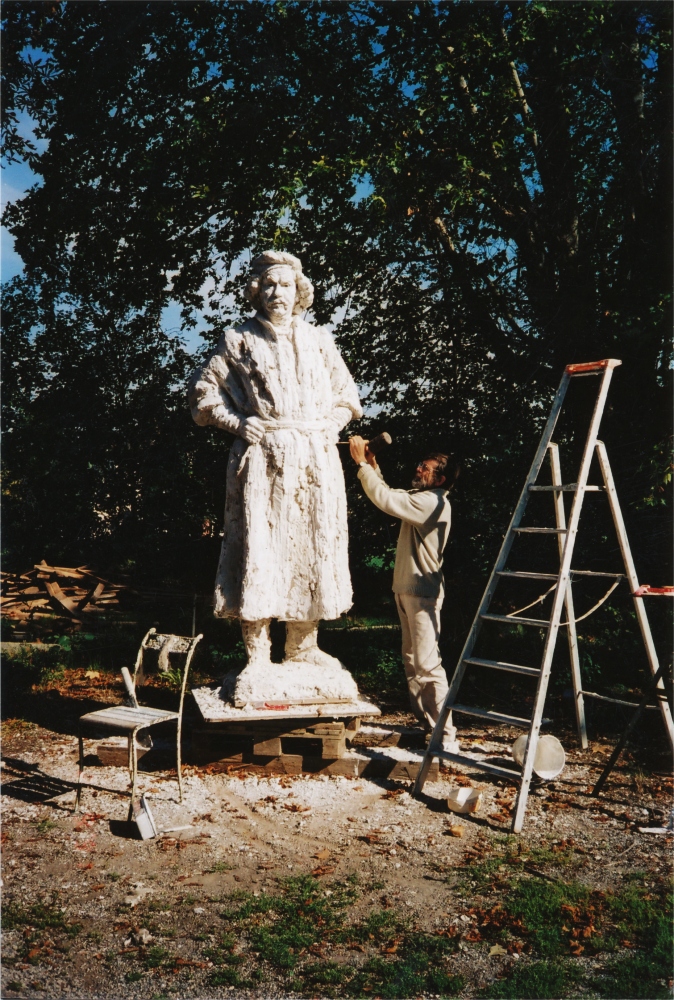 Gabriël Sterk in his outdoor workshop.