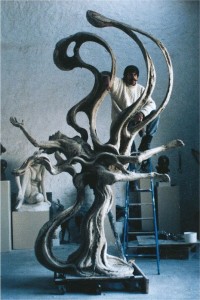 Thanks to the support of Michel and Guy-Patrice Dauberville, Gabriel’s work was exhibited in 1985-6 at the Bernheim-Jeune Gallery in Paris. It was at this time that he decided to settle in France and restore an old farm at Moutiers in the heart of the forest of Rambouillet. His equestrian statues were a notable success at Deauville where he exhibited frequently.

In 1992, the Hakone Open-Air Museum in Japan awarded him the Prix d’Excellence of the Grand Prix Rodin for his monumental bronze Noyade, (Drowning) which brought him to Tokyo to receive this prestigious prize. The statue in now part of the museum’s permanent collection.

Also in 1992, he received “the President of the Republic Prize” at the ”First International Biennial Animal Sculpture exhibition” of Rambouillet,.for his maquette of Phaéton.

In 1993 he was awarded the Prix du Public at the Chateau de Coubertin in St.Rémy les Chevreuses, and First Prize at the “Salon d’Automne de Saumur”, for his Foal. 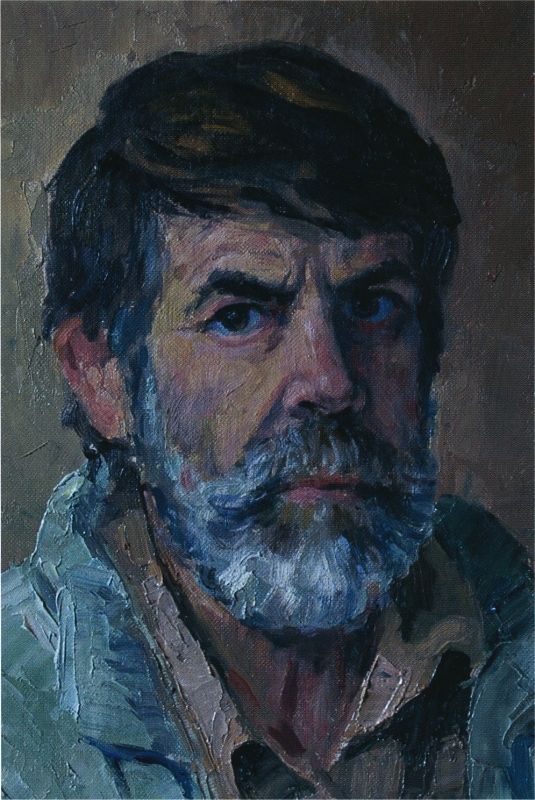 Self-portrait of the artist aged 63.