From Paul Cézanne to Gabriël Sterk

The exceptional career of a great contemporary sculptor 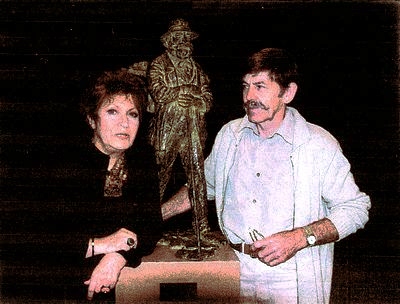 Gabriël Sterk was born in the Netherlands in 1942 and won his first prize at the age of sixteen for a portrait painted in Adelaide, Australia. In the face of strong parental opposition, he resolved there and then to return home to the Netherlands and devote his life to art.

From 1960 to 1967 while eking out a meagre livelihood from part-time employment, he studied sculpture in Amsterdam at the Royal Academy.

Laureate of the Prix de Rome at the age of twenty seven, he achieved immediate recognition as a sculptor, producing over forty pieces for public display.

An invitation from a Sydney gallery led to his return to Australia, where he created several monumental equine bronzes, a « genre » in which he excelled and which led to the creation of his own art gallery and foundry.

In 1987 Gabriël Sterk moved to France ; in 1974 the Académie des Beaux Arts de Paris had already awarded him the prize for portraiture to which now were added to the Grand Prix Rodin, Japan, First Prize at the Biennale Internationale de Sculpture Animalière at Rambouillet (1992), and First Prize at the Salon d’Automne de Saumur, « Art et Métiers du Cheval » (1993).

Like many others, attracted by the light of Provence Gabriël Sterk deserted Paris and its region for Aix-en-Provence some years ago. A fervent admirer of Cézanne, particularly his aquarelles, he was encouraged by the Director of the Cézanne Atelier to pay hommage to the « Maître d’Aix » whose centenary is to be celebrated in 2006. Commissioned and financed by private individuals and businesses combining in support of Aix-en-Œuvres an imposing bronze statue of the artist will be fitting testimonial to the city’s most celebrated son.

Gabriël Sterk is an outstanding portraitist, on of the greatest of his generation, whose work astonishes by its realism. Anyone interested, either for themselves, their friends, or family, is invited to contact the artist.